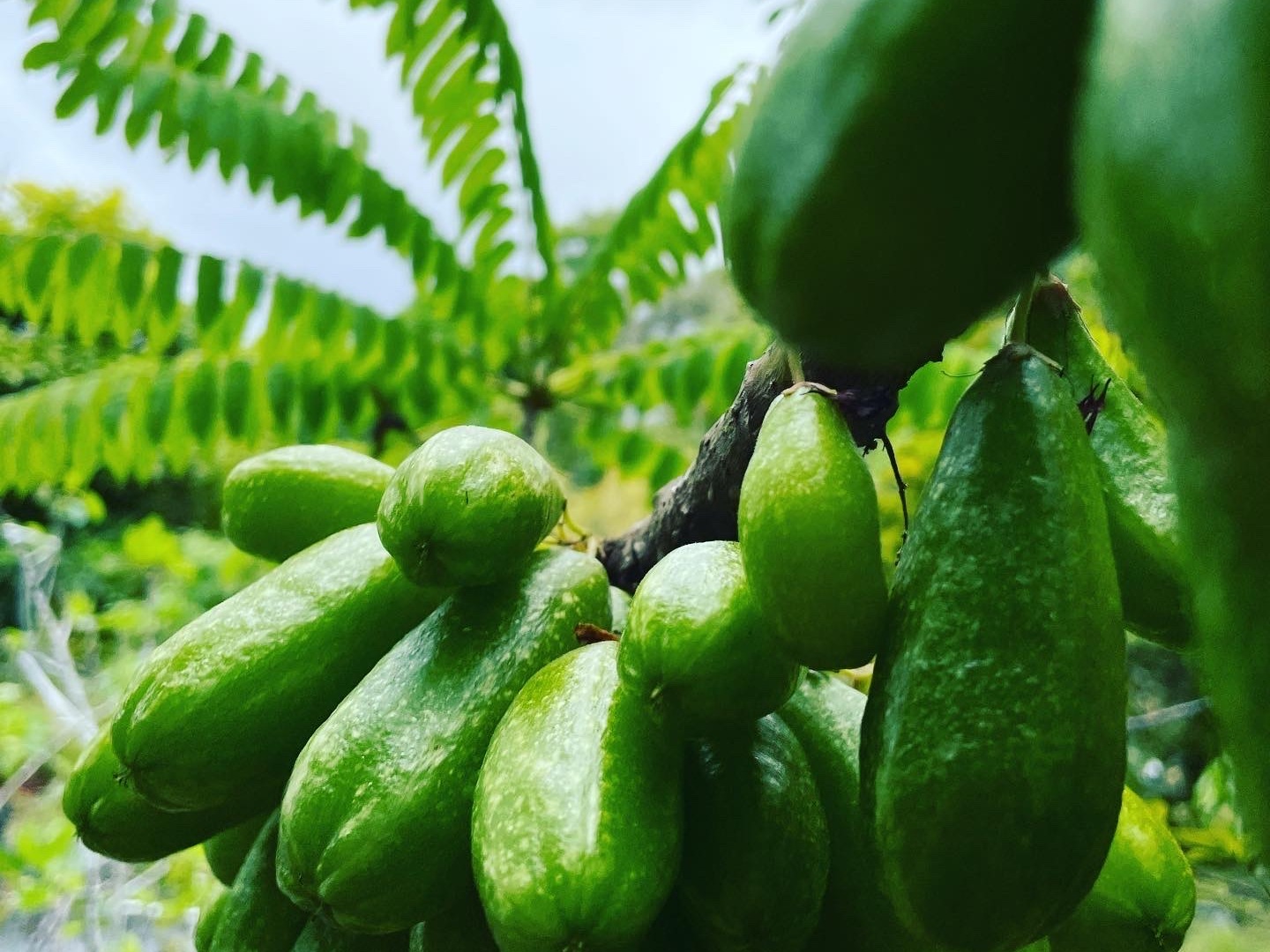 Known in Thai as ‘Talingpling’ Bilimbi is a fruit tree in the Averrhoa genus and a close relative of the starfruit. The tree is a prolific producer of very sour elongated fruits that grow on branches or directly on the tree trunk and resemble cucumbers. Bilimbi is believed to be native to Indonesia and Malaysia and has been introduced to many other countries spanning Asia America and Africa.

Bilimbi is extremely tart and is therefore used as a souring agent. In Thai cuisine bilimbi is incorporated in salads including mortar pounded (ตำ) salads, sour curries such as ‘Gaeng som’, soups, pickled, eaten fresh and even made into jam and compote.