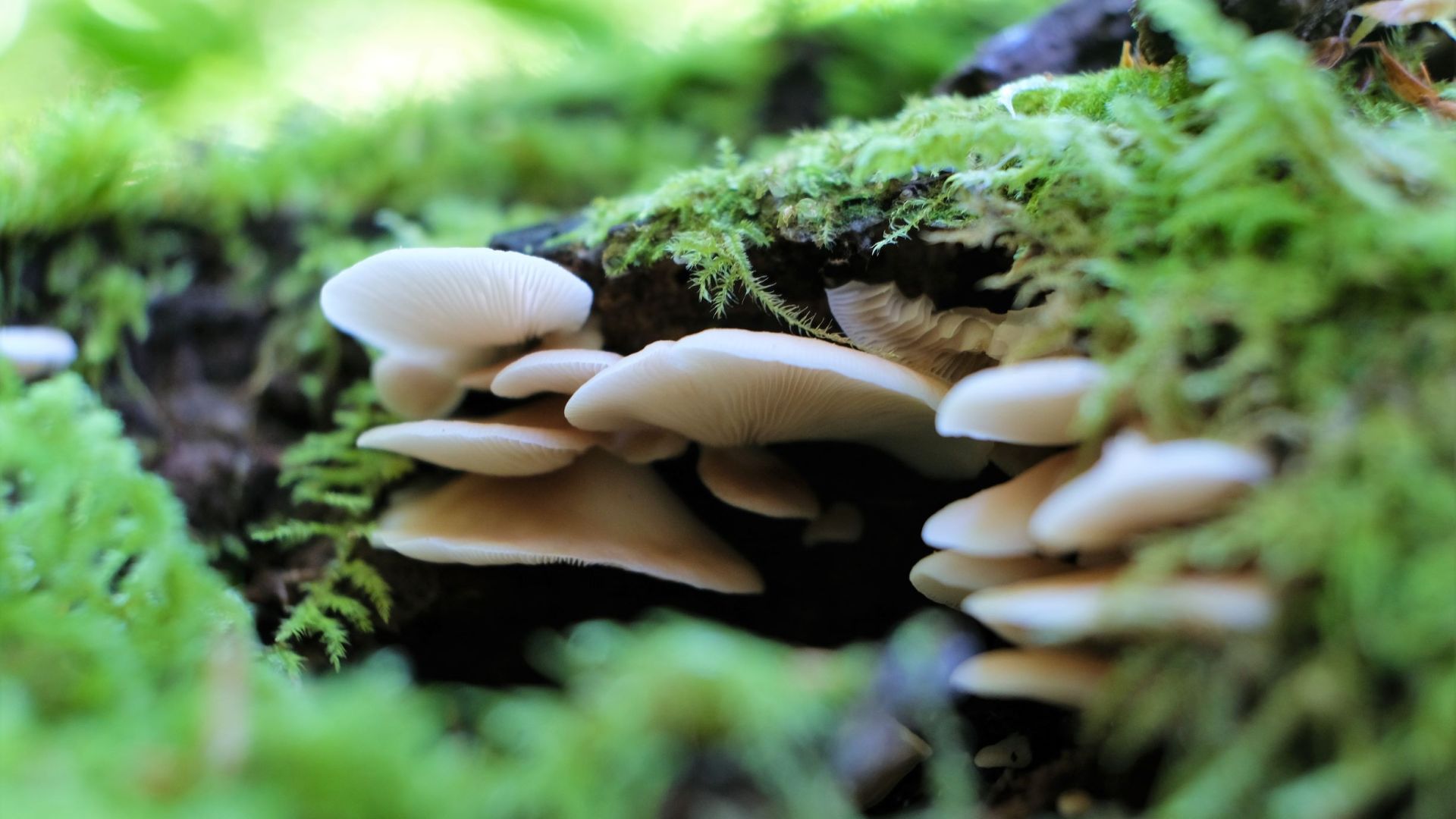 Mushrooms ought to be central to a plant based cuisine for multiple reasons. A fun fact about them though, is that they aren’t plants at all. Mushrooms or Fungi are a separate kingdom from plants (Plantea). In fact, mushrooms are closer to the animal kingdom (Animalia) than they are to plants. One key feature to showcase that is the fact that mushrooms are not producers and rely on external food sources for energy, just like animals do.

Another fun fact that I think is relatively unknown, yet quite important for our understanding of the this marvel ingredient, is that what we refer to as mushrooms are merely the tip of the iceberg. Mushrooms are the fruiting bodies of mycelium, an often much larger underlying hidden part of the fungus. With that perspective in mind, what we are eating are the fruiting bodies and reproductive organs of the fungus.

Believe me, enough cannot be said about mushrooms, the crucial role they play in the environment, their contribution to human health since ancient times through the discovery of penicillin and cutting edge modern research and of course their culinary value. Go and research about them if you are fascinated as much as I am.

Why should mushrooms be so central to plant based cooking

Meat as a general term inclusive of poultry and fish, is abundant in the traditional Thai cuisine. While meat doesn’t always play the same role it does in many other cuisines, as the center piece, we should at least acknowledge its ubiquity and its culinary role when harmonized with vegetables to comprise dishes.

Cooking plant based , I may just ignore the reference of meat and plants as pillars that come together to create a whole and instead focus strictly on vegetables. However, I do look at the traditional Thai cuisine as my reference and I’m always in search for contrasting ingredients that would create the tension and harmony that meat and vegetables create in traditional cooking.

I find a lot of diversity within vegetables, but because of their appearance, flavors and textures, mushrooms offer me a separate category, that in my mind can fill in for the absence of meat in many cases. To me the fact that they are actually closer to Animalia makes it even more intriguing.

Another reason I like to use mushrooms is because they are naturally rich in glutamate. Glutamates are the source of the so central to Thai cuisine umami flavor. While umami most commonly comes from animal source foods, mushrooms here again offer a ‘plant based’ substitute.

At some point I was a bit concerned that incorporating mushrooms would be too monotonous and that they are all the same, but I was very wrong.

Mushrooms outnumber plants in approximately a 6:1 ratio. While this is true, we typically have access to fewer varieties of mushrooms compared to vegetables and fruits. Nevertheless, more and more varieties gradually make it to the mainstream. Look for the freshest ones you can find and expect different varieties based on the season. Some mushrooms are sold dried and are a good fit for purpose as such. Some that I’m using and will keep mentioning are:

One of the things I like to do most, is to forage for mushrooms. There’s nothing like roaming forests and looking for special finds. Without being too philosophical I believe that the more connected you would be to the source of ingredients the better and the more inspired your cooking becomes.

A ward of warning! Clearly one ought to know how to identify edible versus inedible or even poisonous mushrooms, so don’t be light headed about that and don’t consider this blog to be the reference for identification of mushrooms. Instead, forage with professionals who can confidently identify, use literature and consult before you eat anything. There are quite a few mushroom identification groups on Facebook, that you may consider joining too.

One Reply to “Mushrooms เห็ด”