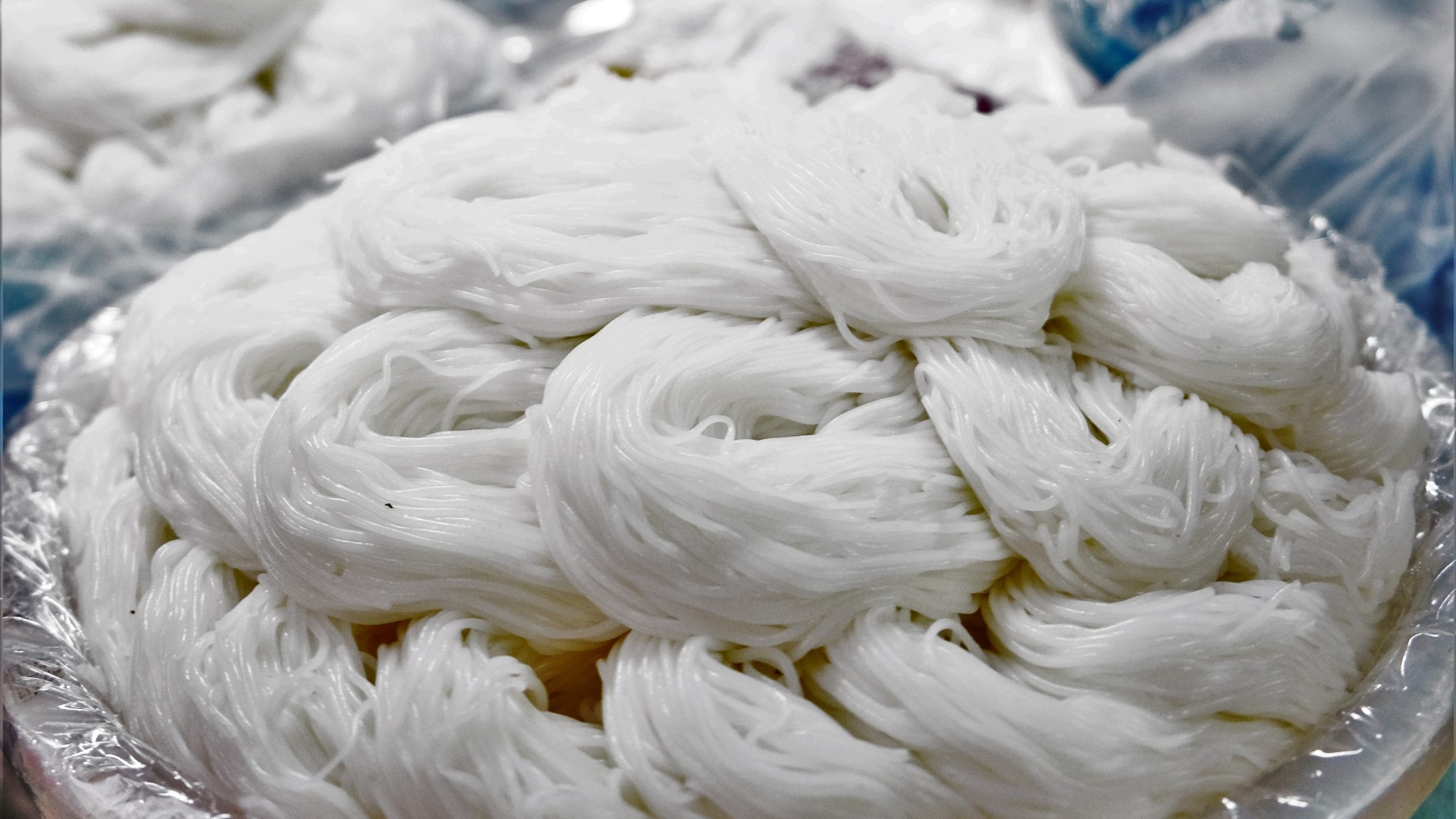 ‘Khanom Jeen’ are fresh noodles made of fermented rice flour, that are traditionally eaten with a bunch of curries, many of which are uniquely served with these noodles. ‘Khanom Jeen’ is believed to have originated from the Mon ethnic group who originally came from southern Myanmar. The Mon were among the earliest to inhibit southeast Asia and have greatly influenced the Thai culture. In fact, the current Thai royal family is of Mon ancestry.

Back to the noodles… they are served in specialized restaurants and stalls and Thais typically eat them for breakfast or even more commonly for lunch. ‘Khanom Jeen’ are found fresh in markets in Thailand in curled bundles that are considered a single person’s serving. Outside of Thailand, they are sold in a dry form in Asian groceries. Some varieties of Vietnamese, Laotian, and Chinese fermented rice vermicelli make a great substitute.

I love ‘Khanom Jeen’ and enjoy eating them in specialized restaurants like this one.